Much speculation has been expressed across the hospitality industry about what hotel recovery will look like after COVID-19. Rightfully so, as we saw the steepest decline in travel history happen swiftly within days of outbreaks in major cities and regions across the globe.

Many hotels are still shuttered, awaiting word from governmental agencies on when they can safely reopen. Other hotels, that have either remained open or have reopened, are not yet seeing the amount of business they need to sustain long term. Occupancy rates are at 48.2% in North America at the end of August according to STR data, still down 27.7% from before the pandemic. What will hotel recovery look like for hotels as the world begins to travel again?

Below is a graph showing that as COVID-19 cases dipped below 2,500 in the third week of February in China, realized stay volumes progressively increased through the end of April. 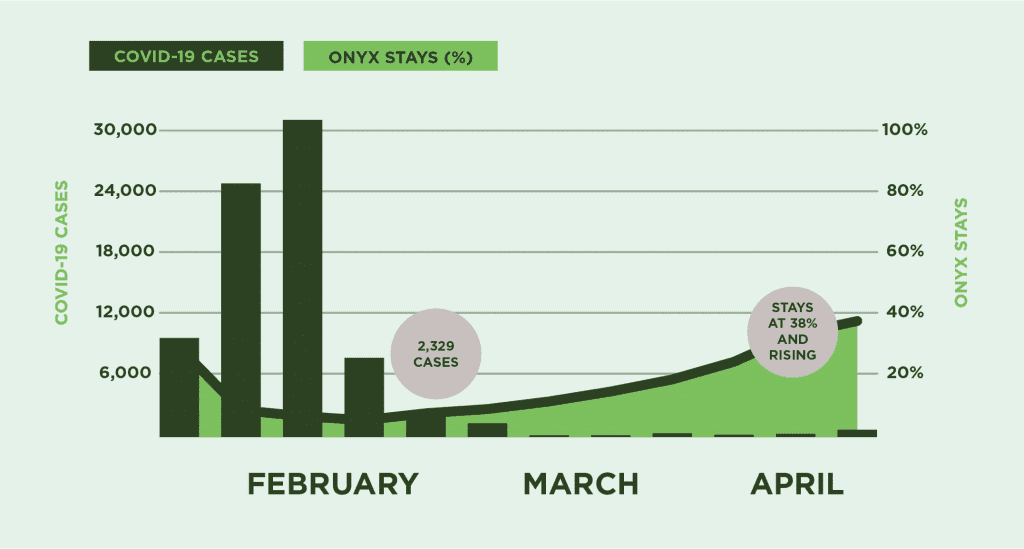 These numbers have continued to increase as time has progressed and China has continued to keep new COVID-19 case numbers low. Below is an updated chart that shows China confirmed hotel stays at nearly 81% of their pre-pandemic numbers towards the end of July. 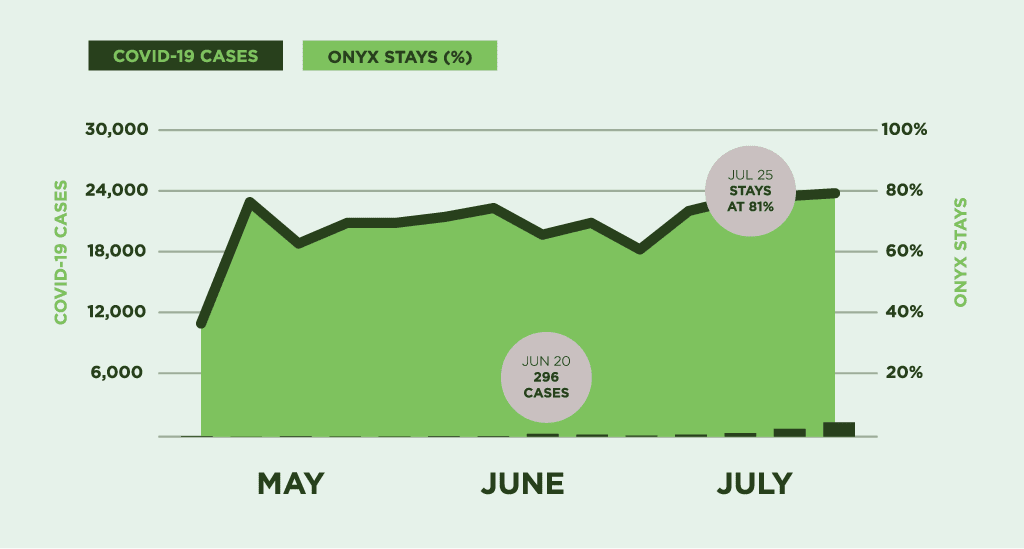 In comparison, the rest of East Asia’s COVID-19 cases, which were reported slightly later, continued to hold steady through the end of April. Therefore, stay volumes have not yet begun to bounce back, as displayed in the graph below. 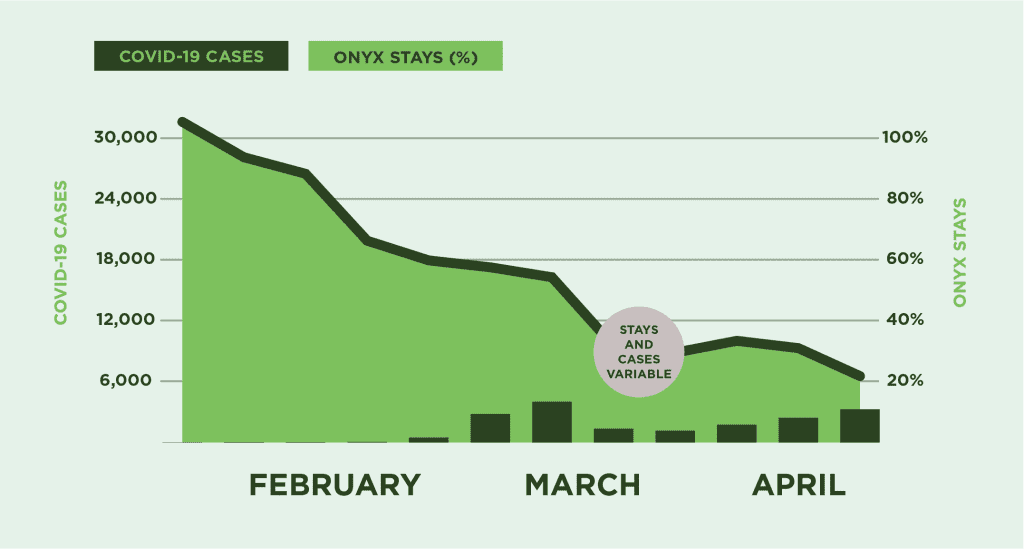 As time has progressed, SE Asia is showing an increase of cases in specific regions that have disproportionately affected their recovery. Below, you’ll see a graph displaying the amount of COVID-19 cases in China, as opposed to the larger Southeast Asia region. We’ve isolated data from Indonesia and the Philippines to better show their direct contribution to the overall COVID case count of SE Asia.

What Can Hotels Expect?

While the graphs in this post are representative of China and Southeast Asia, a similar pattern can be expected around the globe.

For example, Onyx has seen parallels in the U.S. as well. States like Florida and Texas, who began actively reopening in early May, have seen consistent increases between 8-18% week over week in the first half of May, but these gains have decreased and remained flat since that time, as COVID-19 cases have only slightly lowered since the end of July. In states like Illinois, where some of the largest metropolitan areas are taking a more conservative approach to reopening, hotels have seen lower overall confirmed stays, but have also remained relatively flat as cases lower throughout the state.

Business and leisure travel have long been expected to be the first travel segment to bounce back, and avoidance of COVID-19 “hot spots” is still a major priority for most businesses and travelers. Hotels can expect that major cities still battling infection rates will see a slower rise in confirmed stays. This will most likely be representative of the entire state where these cities reside, as major cities see the bulk of business and leisure travel.

While we are still early in hotel recovery, OnyxComp is collecting ongoing data from realized stays in key global regions. As we have more insights, we will be sharing them with hotels and travel agencies interested in the progress of travel recovery.

Onyx uses cookies to optimize and personalize your browsing experience on its websites. More information on our use of cookies and your ability to opt-out can be found in the “Cookies and Tracking” section of our Privacy Policy.
By continuing to browse, you consent to the use of cookies on our websites.