B2B Payment Trends in 2019: The Ups and Downs of Cryptocurrency

For the final installment of our three-part series on 2019 B2B payment trends, we’re addressing one of the most talked about topics in the world of payments: cryptocurrency. Check out our first post on payment automation and our second post on the promising opportunity in cross-border payments.

What is Cryptocurrency and Why Should We Care?

Cryptocurrency is a digital currency that allows for transparent and instantaneous transactions based on a seemingly uncrackable cryptographic code. With cryptocurrency, businesses around the globe can complete transactions without the need to utilize the banking system’s legacy processes that can delay payment, creating a burden for cross-border payors and payees. 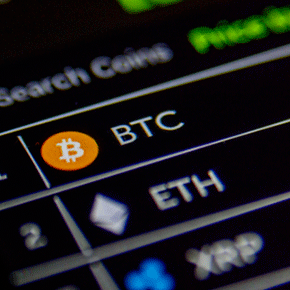 The goal of cryptocurrency has always been decentralization, with the creation of a free market for trade without banking or government regulation and oversight. However, the demand for cryptocurrency is something that centralized entities, such as banks and governments, do not want to ignore.

For payors and payees, one of the major benefits of cryptocurrency payment is that exchange rates become a thing of the past.  Payment is recognized universally, eliminating the need for conversion and the associated fees that come with cross-border payments. And payment can be facilitated in real-time, which means what used to require NET 30 payment terms can be processed immediately upon approval, without the additional cost and time lags of paper checks and wire transfers.

Sound like a dream come true? Well, the dream has not been realized yet. Many of the leading cryptocurrencies, including Bitcoin, had a rough 2018. Issues with scalability, rumors of inflated value, security issues, and the battle for “one cryptocurrency to rule them all” have left the current state of cryptocurrency in a precarious spot.

Cryptocurrency valuation was at its peak at the end of December 2017. On January 6, 2018, everything shifted as investors began to sell off their crypto investments in droves. Since then, it’s been a slippery slope downward for the entire market, which is due to several factors.

Bitcoin was the universal leader in the cryptocurrency world in 2018. In fact, even with the downturn, its usage became slightly more mainstream. In November 2018, the state of Ohio announced it would accept bitcoin to pay for taxes, from cigarette sales tax to employee withholding tax, and will eventually accept the currency from individual tax filers as well. The program was put into place to make filing taxes more convenient as digital currency becomes more accepted.

Although other states have not been as progressive in their adoption of Bitcoin, the slow but steady acceptance of digital currency will likely impact its continued rate of endorsement. The use of cryptocurrency as a payment method is wise for many businesses, as offering several payment options correlates to higher conversion rates. And with the name recognition and growing popularity of Bitcoin, people are more likely to accept Bitcoin as a payment option as adoption becomes more widespread.

Security is also a large topic of discussion in the space.  Outlets reported upwards of $1 billion dollars of stolen cryptocurrency in 2018, the highest year on record. Bitcoins and other cryptocurrencies are non-refundable and so theft is essentially irreversible due to the anonymous, immediate nature of the transactions.  These security issues point to the need for trading regulation in the market. Surprisingly, the U.S. has been slow to put regulations in place.  While there is potential to create a safer trading space, the current lack of regulation and oversight has given many potential investors pause, questioning the security of their investment.

The Future of Cryptocurrency

While digital currency is progressing in its potential, there are still limitations. First, with thousands of coins on the market that purport to resolve everything from international B2B payment to payment and data sharing for dental procedures, no single coin has been widely adopted. 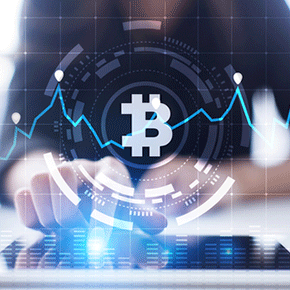 For digital currency to occupy a larger space in the payment landscape, everyone from SMBs to governments would need to implement and comply with cryptocurrency acceptance. This isn’t so far-fetched of an idea; there was a time in the no-so-distant past when credit cards weren’t as ubiquitous as they are today. But cryptocurrency and the blockchain aren’t as cut and dry as the swipe of a credit card.  One of crypto’s largest hurdles will be to gain understanding of how the process works among the broader public.

2019 was game-changing for bank adoption of digital currency. In February 2019, it was reported that JP Morgan will be the first major bank to create and test a cryptocurrency platform for its business customers. JP Morgan’s move into the space demonstrates just how valuable blockchain technology could be in resolving issues associated with cross-border payment, which is poised to be a $2 trillion dollar industry by next year. And now that banks are slowly coming on board with crypto trends, expect to see further adoption and an eventual improvement in positive sentiment.

What Does this Mean for Hospitality Payments?

Previously we have discussed the financial burden that cross-border payments can pose to a hospitality business. The adoption of cryptocurrency could have a huge impact on speeding the payments process for all parties involved. From guest payment to payment facilitation between hotels and travel agencies, hospitality could reap benefits from many sides.

The biggest roadblock to adoption is understanding, and virtual currency and blockchain come with quite the learning curve.  A good starting point is to familiarize yourself with the terminology and steps to adoption. Hospitality professionals can start with our guide, How Blockchain Technology Can Impact Hospitality. This free eBook includes a step-by-step process for how to prepare for what seems to be the inevitable. Investment in cryptocurrency may not be right for you today, but an investment of time in understanding could be valuable to every hospitality professional. And who knows—bitcoin and other cryptocurrencies may ultimately solve some of the biggest issues that plague your B2B payments today.

Let us know your take on the virtual currency market in the comments section below or find us on Facebook. We’d love to know your perspective on its impact to the future of B2B payments.

Onyx uses cookies to optimize and personalize your browsing experience on its websites. More information on our use of cookies and your ability to opt-out can be found in the “Cookies and Tracking” section of our Privacy Policy.
By continuing to browse, you consent to the use of cookies on our websites.